Head and Shoulders Number game is a fun activity based on the same principle as the game of the Telephone game, but the message, or more precisely the number to be transmitted, will be passed in the form of gestures. It is a game that is played in a calm environment, which allows the pressure to drop a little.

How to play the Head and Shoulders Number game?

The goal of the game is to transmit a number by tapping the head and shoulders. The players stand in a single file (sitting or standing). The leader stands at the back of the line so that he or she can see the back of the last player in the line. A number will be transmitted silently from the back to the front, only by a series of taps.
Example: 123 is the number to be passed. Start with the left shoulder, tap once. Then tap twice on the head and finally tap 3 times on the right shoulder. The player who has just recorded the chosen number transmits it in the same way to the child in front of him who has his back to him and so on. The last child to receive the message (the one at the front of the line) then says it out loud. If the number is correct, then the team has won.

The educational advantages of the Head and Shoulders Number game 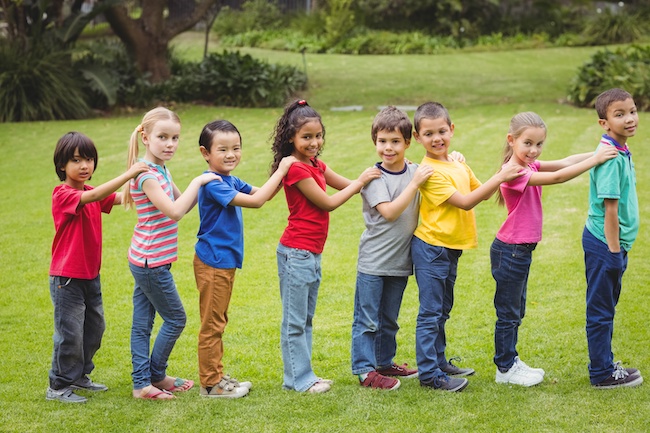