Where’s Santa is a great twist of the “Wink Murder” party game to get the kids active. Add excitement and intrigue to any kids party or holiday gathering with this fun kids activity.
What is great about it is you do not need any equipment to play the game, the rules are pretty simple, and your party group can have a lot of fun with it.

How to play the Where’s Santa game ?

In this game, everyone sits in a circle and one person is chosen to be Rudolph. That person leaves the room for a minute. A Santa is chosen among those left in the room. Rudolph returns and begins hunting for Santa. Rudolph should stand in the center of the circle and try to figure out which person is Santa.
Santa, meanwhile, winks at other people in the circle. When someone gets winked at, they yell “Ho, Ho, Ho”!
Rudolph then knows that the one who yelled is not Santa Claus.
The children must be discreet to observe Santa Claus because they have to look at him to see who he is winking at… But they must not stare at him so as not to draw Rudolph’s attention to the child who is playing the role of Santa.
The children can even stare at another child to confuse the issue and prevent Rudolph from finding Santa too easily.
When Santa gets found out, it’s their turn to be Rudolph and the game goes on! 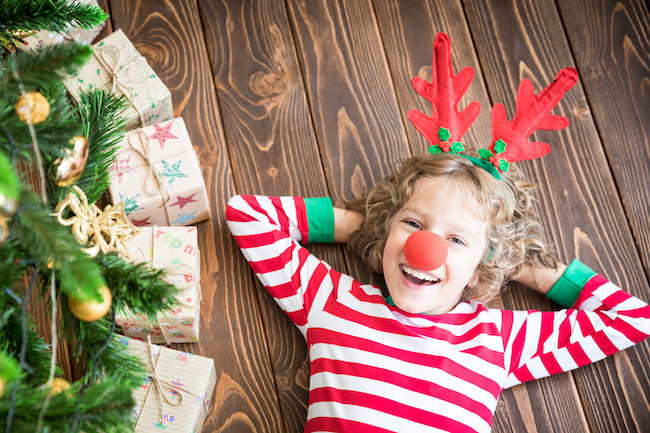