Fun and easy to play, Charades is a game that will cheer up your party or family gathering. Charades is a word guessing game where one player has to act out a word or action without speaking and the other players have to guess what the action is. It is a very simple game that can be played outdoors as well as indoors.

How to play Charades?

Another classic party game that is quite popular with party goers. Select a volunteer to come up in front of the group. All other children will need to be sitting so they can see the volunteer. Secretly show the action/ character to the volunteer or if they cannot read, whisper it to them quietly. The selected player has to act it out using only signs until the other children can guess who or what it is. The others need to guess the clue within the given time. Whichever child guesses correctly gets to be the actor for the next round.

Usually the clue is the name of a person or object. 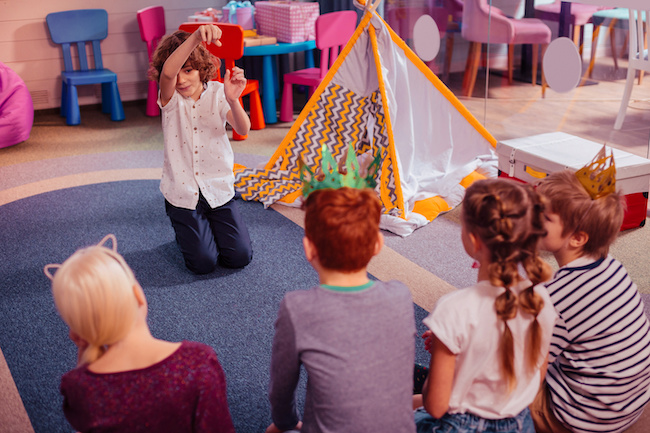