Magic animals Game is great fun to play with children and can be adapted to any age group. Ideal to be played indoors as well as outdoors, it will put a lot of animation and laughter at a birthday party.

Line the children up shoulder to shoulder. Tell them your magic wand (which can be made of anything) will turn them into animals. Then you tap one of the children on the shoulder with the wand and they can either pick an animal out of the hat or bag or they can make it up. If they would prefer to think of the animals on their own, let them do that. If this is a bit much, let them draw out of the hat which animal they have to act like. Then the rest of the children will guess what they are. The children are allowed to make noise and use their bodies to become the animals. If someone guesses correctly, that round ends. If they do not guess the animal, the adult intervenes and tells what the animal was. Either way the child that just was the animal gets to use the wand to turn the next person into an animal. For younger children, you may want to just whisper animals to them, and instead of letting them pick the next person, they can hold the wand for the next run. 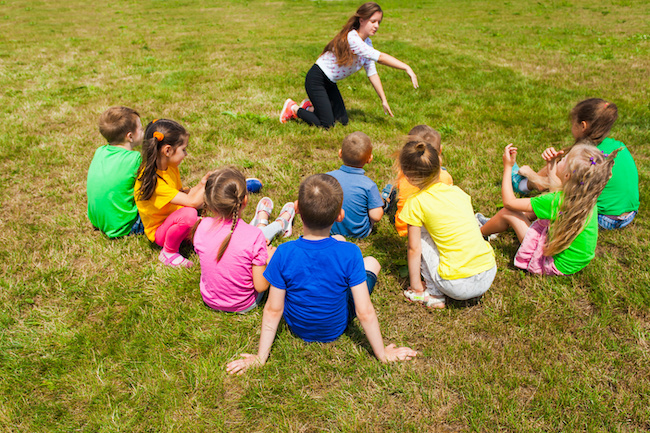