Up Down Stop Go is a tricky game to warm up your body and your brain! This is one of the easiest birthday games to set up, as it requires no equipment. However, it quickly becomes difficult as kids quickly get confused as the goal here is to do the opposite of what is asked. This game can be played both indoors and outdoors.

How to play the Up Down Stop Go game ?

The children stand facing you. You’ll be the leader of the game so that you can explain and demonstrate the game to the children once. Then the winner will take the lead role. To play this game, ask guests to do something, but they must do the opposite to stay in the game.

Demonstrate the appropriate actions for “up”, “down”, “stop”, or “go”.

Make sure you do the opposite of what the leader says! You are going to say one of these words and the kids need to do the opposite. Now that they know the rules, start the game by saying “GO!” and keep giving more commands every few seconds. After playing for a few minutes, try a quick and difficult round!

You can complicate the game by adding new actions.

For example, if you say raise your right hand, they must raise their left hand; if you say jump, they must crouch; if you raise your arms, they must lower them; if you kneel, they must stand and so on.
The goal is to do the opposite of what is asked. Sometimes there can be several possibilities in the answer the players will give. A child is eliminated if he or she reproduces the leader’s gesture or if the attitude that he or she is going to act out does not correspond to the opposite of the gesture made by the leader.

The educational advantages of the Up Down Stop Go game 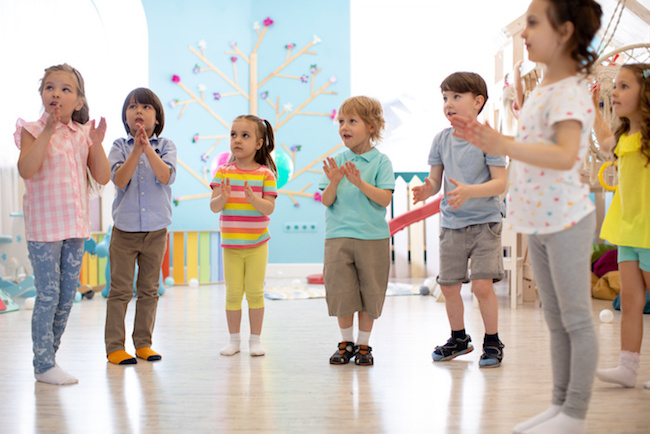